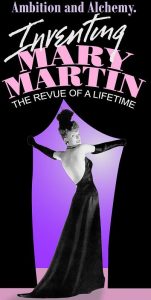 The York Theatre Company, which is under the leadership of producing artistic director James Morgan and executive director Andrew Levine, has announced casting for the world premiere of the new musical Inventing Mary Martin, which will begin performances at the Off-Broadway venue April 15 prior to an official opening April 27. Read the full article. 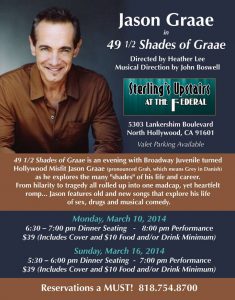 Jason Brings 49 1/2 Shades of Graae to The Federal

LITTLE ME / SUGAR – Comedic standout of the year, Broadway performer Jason Graae starred both in Sacramento Music Circus’ tap-dancing spectacular “Sugar” and San Francisco’s 42nd Street Moon production of “Little Me.” Audiences found Graae dressing like a woman to hide from gangsters in one show and playing a multitude of different characters in the other. With their hilarious stories and energetic […]